Learn English on a Short Course in the UK

Britain has been home to some of the greatest wordsmiths of the English language. Understandably so, since English has been developing for over 1,400 years on the islands. Shakespeare, Dickens, Orwell, Woolf, Tolkien, Austen, Wordsworth, Bronte, Chaucer, Dahl, Rowling... the list is nearly endless.

So where better to learn or improve your English? Of course, many students travel to the UK to improve their language skills, but many do so in conjunction with a larger degree - an undergraduate or postgraduate course. What can be so much more beneficial though is taking a shorter English language development course prior to undergoing study at a British university.

Why? To find out more, we spoke with Wilson Costa, a Brazilian student that travelled to Lancashire in the heartland of England and studied at Edge Hill University, topping up his English skills before completing his undergraduate degree. Wilson enjoyed his experience so much he stayed and consequently completed his Masters and is currently a graduate Teaching Assistant there. 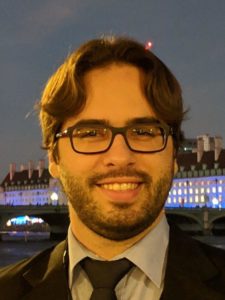 Wilson is originally from Recife, a city in the northeast of Brazil with a population of 1.5 million. While living in a flat with his mother, close to his other family members in Recife, he realised he wanted to travel the world as much as he possibly could.

“I’ve always wanted to travel around the world. However, when I was a child, I used to have a Big Ben plastic puzzle. Since then I’ve always had a thought I would visit England once in my life.”

Studying English is a common practice in Brazilian schools, though Wilson did not consider himself a very good English student during that time, “When I started university, I had to read English articles and books, then I went deeper into studying English, but I’ve never imagined I would someday travel to the UK to learn it there.”

Years later, Wilson applied to participate in the Science Without Borders programme and after being selected, joined Edge Hill University’s pre-sessional English course.

To learn more about Edge Hill University and the English courses they have to offer, join our free webinar, where you can take part in a discussion with Wilson and Jordan Aird.

Wilson chose English in particular as it is an incredibly valuable language to learn, though for him, the academic and cultural reasons were key. “English is the language of science. Every new scientific article will be published mainly in English. It’s also the language used in business, in films I used to watch in the cinemas, in Youtube videos and so on.” 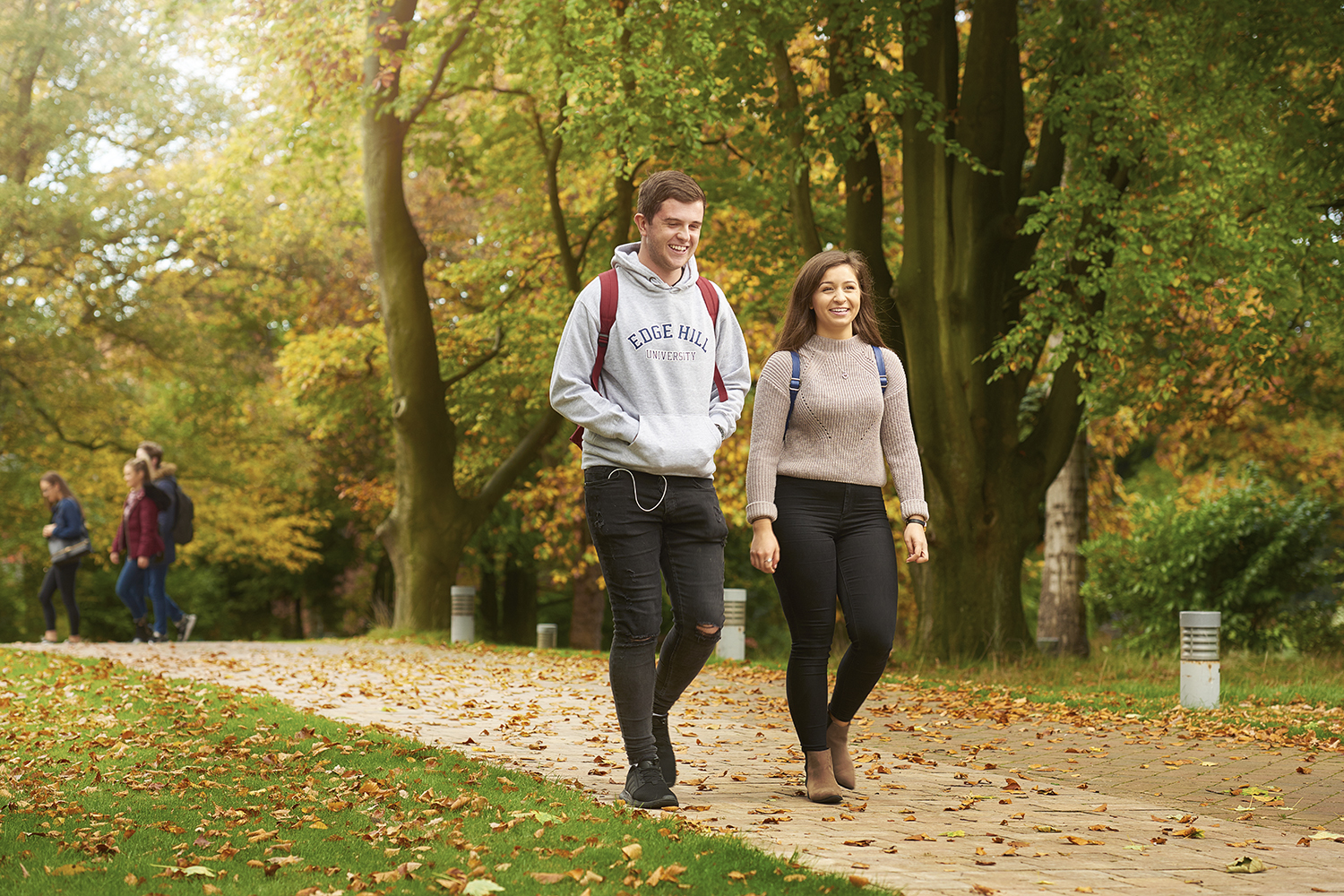 Pre-sessional English is 12-week long academic language and study skills programme that prepares students both linguistically and culturally for future studies. It is typically taken by those whose first language is not English and offers students the chance to settle into a new life in a new country before undertaking a full degree. As well as pre-sessional English, Edge Hill University offers International Foundation Programmes and an English Language Summer Programme.

Not only do such courses improve language skills, they provide an authentic taster experience of what life is like at a British university. Students on these programmes stay in the same halls of residence, have access to the same facilities and interact with academics just as they would if they were a full time undergraduate student.

Beyond the fact that many undergraduate courses require a basic understanding of the language, it’s also a far more pleasurable experience being able to improve one’s language skills without the stress of having to do other work at the same time. This will likely improve your English in the long-term while giving you an experience to appreciate in the short-term. 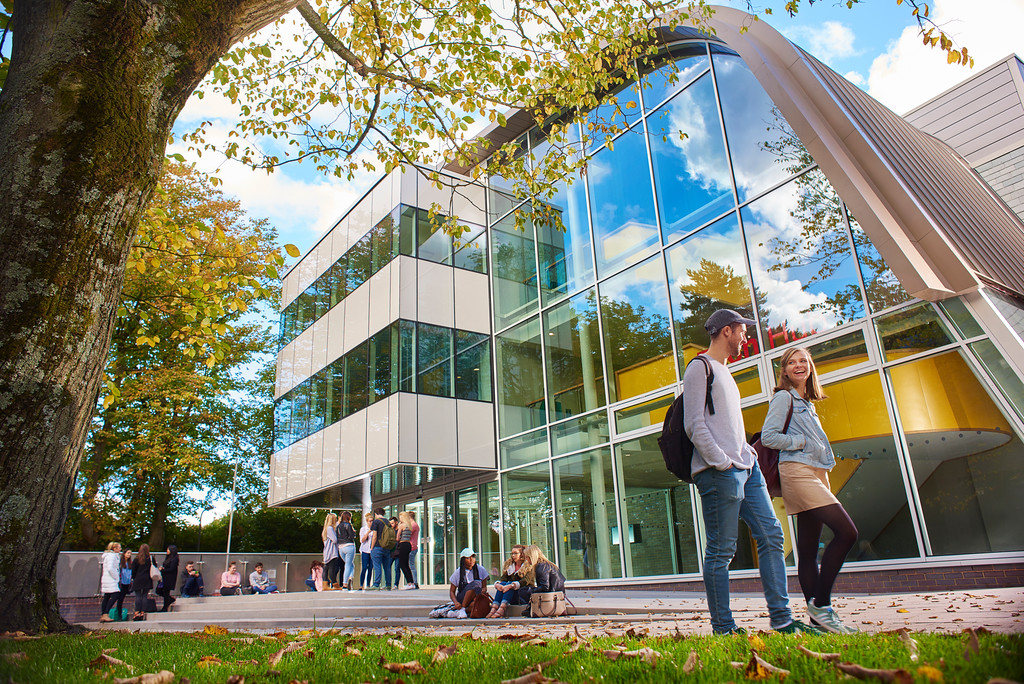 Before arriving in the UK, Wilson described his English as ‘intermediary’: “I could write and read well, but my speaking and listening skills were very bad.” During those 12 weeks, Wilson developed the fundamentals that led to his Bachelor's and Master’s degrees. Moreover, he connected with people from around the world that shared the same interest he has in England and its language.

“Most of my colleagues were from China, one from India and four other Brazilian students. I’ve learned a lot during the classes about Chinese culture and stories. We could also share our stories with them. In the end, we became friends and went out many nights together.”

Of course, there are many countries that use English as a first language, but Wilson was attracted to the United Kingdom for its culture, architecture, history, proximity to Europe and the excellence of its education institutions.

“The opportunity you have when you are in a British university is incredible. The classes and modules are very organised. There is a time for you to study, you are not overwhelmed with too much information or assessments to do. I’ve felt more free to learn about the subjects I was really interested in, which didn’t happen very much in my Brazilian university because of the busy schedule we were submitted to. In the UK, you have more independence to study and mainly the teachers were always very supportive of any issue I could have.”

Edge Hill University, and its location, particularly appealed to Wilson. Beyond England being “a country with great universities, many foreign people and a great environment for learning.” Edge Hill in particular appealed for its location, its charm and the education on offer.

“Edge Hill is like a proper town. You can have everything you want as a student inside of it. Also, people know you, they know your name, so after some time studying here, you start to consider Edge Hill as your own home.” 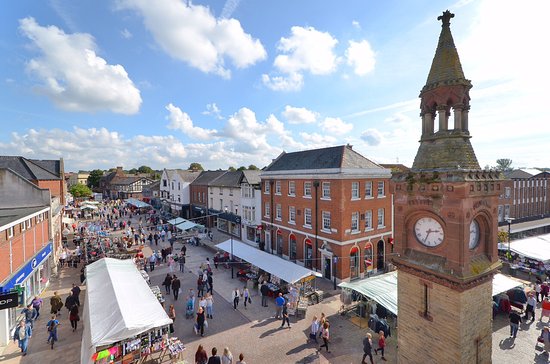 Ormskirk, Lancashire where the University is located

Edge Hill is in the northwest of England, and while busy cities like Liverpool and Manchester are just a short train ride away, Edge Hill is surrounded by countryside, making it “tranquil, calm and peaceful”.

The most important thing to consider is the long-term benefits. “Studying English at Edge Hill has benefited me in all the ways. Nowadays, I can find better jobs and I can have a doctorate abroad. I don’t think I would have all the friends I have, the opportunities, the culture I’ve acquired if I had gone to another country. Studying English has changed my life completely for the better.”

If you would like to apply, or just want to find out more information, contact Edge Hill’s international admissions office.

To learn more about Edge Hill University and the English courses they have to offer, join our free webinar, where you can take part in a discussion with Wilson and Jordan Aird.